What comes to mind when you think of Haitian agricultural products? Perhaps rum, coffee and mangos which, truth be told, are very good. Haiti also produces very high quality cocoa although, like every export crop, it is held back from realizing its full potential by political instability and weak infrastructure.  However, there is room for growth as Haitian cocoa holds its own against any of its other Caribbean and Latin America neighbours.  The FECANNO cooperative along employees 4,000 farmers in Northern Haiti producing high quality cocoa. The full article by AFP journalist Amelia Baron follows.

In the Caribbean, rum was born of pain and suffering but over time became an integral part of the identity of Caribbean countries.  Haiti is no exception - maybe I'm biased but I thnk Haiti has the most interesting rum in the world, ranging from Barbancourt 15 Years to the potent white rum of the countryside called Klerin.  Haiti's aged rums are ideal for enjoying neat - perhaps with just a bit of ice and a twist of key lime.  Klerin is gaining an appeciation by bartenders who appreciate its rustic, grassy flavors.  You don't have to get on an airplane to enjoy Haiti's rums although if you do, there will be no shortage of opportunities to try a range of traditional rums, infused rums, and rum-based cocktails. 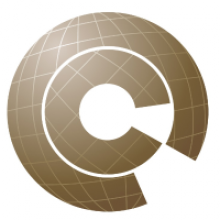 Below is a recent article in the Economist about the current state of Hait's development.  The Canadian government funded the Copenhagen Consensus Center (CCC) think tank to study the impact of different policies in Haiti - what would they cost and what would have the greatest impact? The Haitian government can't do everything at once and the intent is to help it prioritize.  Interventions that come out on top include fortifying wheat flour with micrconutrients and reforming the electrical system.  Learn more at the CCC website which includes a PPT presentation on the top ten proposed interventions.

When thinking of Haitian exports, mangos, coffee, and rum may come to mind.  However, Haiti was once and could be yet again a significant producer of cacao – the raw form of cocoa that is roasted and converted into chocolate. Expanding cacao production would mean livelihoods for farmers in rural Haiti while potentially complementing reforestation efforts. This is, all in all, a sweet deal.

Plumpynut revolutionized the treatment of acutely malnourished children.  In Haiti, Partners in Health (PIH) has produced a local variant, Nourimamba, since 2007.  The Abbot pharmaceutical company is working closely with PIH to further improve Nourimamba and to expand production.  The opening of a factory is scheduled for end 2012.  This is good news for malnourished children, the health care providers who treat them, and the farmers who produce the ingredients for Nourimamba.  An article by New York Times writer Duff Wilson on the PIH/Abbot partnership follows.

Partners in Health (PIH) is one of Haiti’s most important health oriented non governmental organizations, with a model based more on solidarity and human rights than on charity.  In addition to its development activities, PIH has at times been called on to be a humanitarian responder such as during both Gonaives floods and most recently the earthquake.  PIH also operates in Rwanda, Burundi, Lesotho, Russia, and numerous other countries.  Below are highlights from the PIH 2010 Annual Report, which include construction of the largest public hospital outside of Port au Prince, in the city of Mirebalais.

Coca Cola, the Inter American Development Bank (IDB), and Technoserve announced this morning a $7.5 million, five-year initiative, part of which will be focused on creating livelihood opportuntiies for 25,000 Haitian mango farmers.  A new flavor of Odwalla Juice called "Hope Haiti Mango Lime-Aid" has been launched.  Each time a bottle is purchased, 100% of the proceeds will go to the Haiti Hope Project.  More info on the new Odwalla flavor is available here and a photo from the launch with Bill Clinton and the CEO of Coca is available here.  The official press release follows below.

Haiti faced a number of challenges in 2009 including decreased remittances from the Diaspora as well as a messy transition at the Prime Ministerial level.  All things considered though, Haiti enters 2010 stronger than it was at the beginning of 2009.  The capacity of ministries to deliver basic services is improving and partnerships have been solidified with the United States, Canada, and a number of Latin American and European governments.  Haiti has more investment opportunities than at any other time in the post-embargo era.  The next challenge will be the February 2010 legislative elections, already controversial.  Improving food security will undoubtedly be an important theme throughout the new year.

Strong arguments can be made that sacking Prime Minister Pierre-Louis was a mistake.  Still, she served Haiti well prior to becoming Prime Minister and will no doubt continue to do so.  Jean Max Bellerive has since been confirmed as the new Prime Minister.  He has stated the increasing foreign investment and reducing poverty will be amongst his highest priorities.  He has a much different style than Pierre-Louis, but faces the same challenges.  This includes promoting food security thoughout Haiti.

Haiti Innovation was founded five years ago by four Peace Corps Volunteers who served in Haiti.  We wanted to do this because we felt Haiti had given us more than we were able to give back during our two and a half years of service.  This website has been a way for us to repay a debt - to Haitian colleagues, friends, and family who we learned from and have not forgotten.   Haitians like to say that their country has teeth - it bites on to you and it doesn't let you go.  Haiti has changed, we've changed, and the website has changed.  But five years and 527 blogs later, Haiti still hasn't let go.