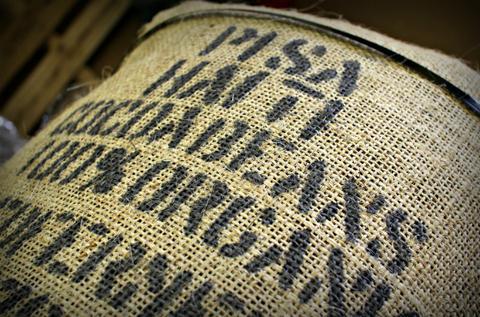 Haiti first began producing cacao in the mid 16th century. According to Confectionary News, Haiti produces approximately 4,500 metric tons of three different cacao varietals (Trinitario, Criollo, and Forastero) per year.  This is 0.1% of the global market. The World Cocoa Foundation reports global demand for cacao is rising 3.1 percent a year as people living in emerging economies are increasingly able to afford and appreciate chocolate. The Foundation further notes that 70 percent of the world's cacao is produced in West Africa and vulnerable to extreme weather, pests and disease. There is an opening for Haiti to increase its market share, especially given its proximity to the United States.  Confectionary News highlights a number of challenges facing Haiti including a lack of (reputable) mechanisms for credit, few drying facilities, and most cacao being sold unfermented which can lead to mold during period of heavy rain.  However, all these challenges have solutions.

Feed the Future is a USG inter-agency initiative to promote agricultural productivity in partner countries, including Haiti.  A Feed the Future blog notes that the vast majority of the world’s cacao originates from small, family-run farms that have limited access to resources – and that is certainly the case for Haiti.  Challenges for attracting the high-end export market include low yields due to pests and aging trees, difficulty in obtaining farming supplies and in adopting improved farming techniques, and limited market access.  Feed the Future’s support is focused on training cacao producers to overcome production challenges, acquire high-quality seeds and seedlings, and engage in better trade and marketing.  The intent is to double the income of at least 20,000 rural households who grow cacao as well as other crops. Another attractive feature of cacao is that, as a profitable tree crop, it could support reforestation efforts.  ENSIA emphasizes that larger coconut, breadfruit, mango and avocado trees can tower over and provide shade to the smaller cocoa trees, as well as food for farmers, birds, and other animals.

Ready to try Haitian chocolate?  There a growing number of online options:

If you have tried Haitian chocolate already, or know other places to order it from, please share in the comments section below.