Patrick Farrell won a Pulitzer Prize for his photos of the devastation caused by a series of tropical storms that devastated several cities throughout Haiti, though none so much as Gonaives and Cabaret.  His stark photography captures the heart-ache of the many families who lost loved ones.  As is usually the case in Haiti, children pay the heaviest price for inaction. 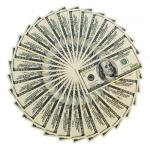