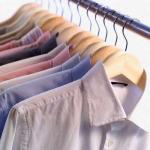 The United States Agency for International Development (USAID) has announced the opening of an apparel training center in Port au Prince.  The intent is to help Haiti take advantage of expanded trade preferences under the Haiti Economic Lift Program (HELP) Act that passed the Senate in May 2010.  My main concern is that foreign investment, while sorely needed, will primarily occur in Port au Prince.  Building a better Haiti depends in large part on building a decentralized Haiti where agriculture is viable and profitable.  Rural development has been all too often neglected in Haiti, but is critical for the future.

Port-au-Prince, Haiti - On the heels of President Barack Obama's enactment of trade legislation to promote economic opportunity in Haiti, the U.S. Agency for International Development (USAID) announced today the opening of the Haiti Apparel Center (HAC). The new facility will help Haiti grow its private sector workforce by training more than 2,000 professionals per year to help meet the need for skilled workers in Haiti's garment industry. In addition to providing vocational training, the center will further enable Haiti to maximize the benefits of the Haitian Economic Lift Program (HELP) Act signed into law in May, which improves U.S. market access for Haitian apparel exports. Ambassador Kenneth H. Merten and USAID's Coordinator of the Haiti Task Team Paul Weisenfeld announced the new program along with Madame Josseline C. Fethiere, Haiti's Minister of Commerce.

"The new training center will play a key role in developing Haiti's garment industry and leading the nation to a more prosperous and stable path," said Ambassador Merten. "It's a further indicator of the United States' deep commitment to the Haitian people as they build back better. We welcome this opportunity to work with the Government of Haiti and local development and apparel industry experts to create jobs in the production of quality garments for today's global marketplace."

"The apparel center promotes economic recovery and long-term growth and helps Haiti tap into the tremendous potential of the garment industry. It will provide opportunities to improve the lives of thousands by increasing job skills and enabling Haitians to earn more," said Weisenfeld. "In the last 30 years, the number of skilled garment workers in Haiti has dramatically declined, but we hope to reverse that trend."

In the 1980s there were about 150,000 garment workers in Haiti; now there are around 20,000. The value of Haitian apparel exports to the United States in 2009 amounted to roughly $512 million, employing more than 25,000 Haitians. The HELP Act, which has been widely supported by Congress, significantly expands Haiti's trade preferences to the U.S. It also promotes investment in Haiti and supports the rebuilding of the garment sector which was significantly damaged over the years due to political unrest and more recently by the earthquake. According to a Congressional Research Service report issued in June, rebuilding costs for the industry are estimated at $38 million to refurbish damaged buildings, replace machinery and train new employees.

The HAC is part of "Konbit Ak Tet Ansanm" (KATA), a four-year, $104.8 million USAID designed and financed job-creation initiative. In partnership with CHF International, it provides training and improves manufacturing skills of workers involved in the textile industry -- including sewing machine operators and mechanics and quality-control supervisors. The facility also offers executive seminars to senior managers, factory owners and leaders in the business community.

All applicants take a test on dexterity, color blindness, basic literacy and numeracy. Students who are accepted as sewing machine operators are then enrolled for a six-week course that includes training on how to work in a formal work environment and a curriculum developed by [TC]2, one of the leading associations that represents garment buyers. After graduating from the program, students will be highly sought after by employers. In advance of its formal opening, the HAC has trained more than 50 sewing machine operators, and 13 operator trainers have already graduated. All of these students are now employed -- and the operators now rank among the top performers in local garment assembly plants.

The more than 6,000-square-meter HAC facility was provided by the Government of Haiti and renovated and operated by USAID partner CHF International-Haiti. It's located in the SONAPI industrial park -- minutes from the garment factories in and around Port-au-Prince and close to workers' residential neighborhoods.

About USAID: Through the U.S. Agency for International Development, the American people have provided economic and humanitarian assistance worldwide for nearly 50 years. For more information about USAID's programs, please visit: www.usaid.gov