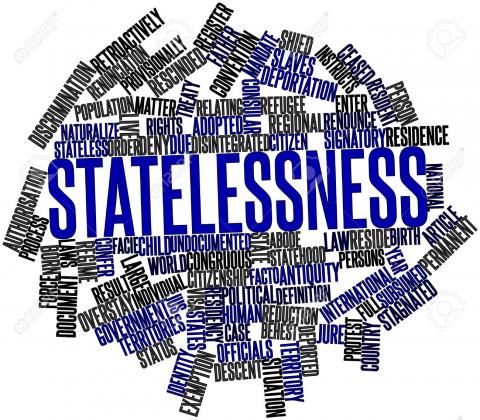 UNHCR, the UN Refugee Agency, applauds the vote Wednesday by the Parliament of Haiti formally to join the international drive to end the tragedy of statelessness and to ensure the millions of innocent people around the world with no nationality get the help they need. “Statelessness is an entirely avoidable blight on humanity that should be tolerated by no one in the 21st century,” said Renata Dubini, head of the UNHCR America’s regional bureau, after the Haitian parliament voted for the country to accede to two international conventions on statelessness. “With the vote today, Haiti declares its will to join the international community in working to ensure no one is deprived of nationality and the dignity that depends on it. This vote is an event of signal importance for the region and the world and the UN Refugee Agency salutes it,” Dubini added. The decision by the Haitian Parliament will make Haiti the third member state of the Caribbean Community (CARICOM) and the 69th country to accede to the 1961 Convention on the Reduction of Statelessness once the government deposits the instruments of accession with the Depository of Treaties in New York.

The 1961 Convention requires states to establish safeguards in their nationality laws to ensure no person is made stateless at birth or later in life. It notably provides that children must acquire the nationality of the country in which they are born if they would otherwise be stateless. The Haitian Parliament also voted Wednesday to accede to the 1954 Convention Relating to the Status of Stateless Persons, the international pact that defined statelessness and seeks to ensure stateless persons can enjoy basic human rights such as the right to education, employment and housing. The vote in Haiti comes after the UN Refugee Agency in November 2014 launched its global Campaign to End Statelessness in 10 Years and, in consultation with national governments, international organizations and civil society developed a Global Action Plan to End Statelessness: 2014-2024. For further information: