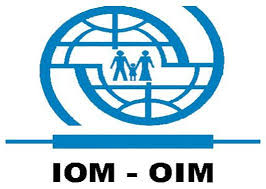 Solutions to displacement take time, coordination and resources.  According to a recent update by the International Organization for Migration (IOM), the total number of households living in camps has decreased by 92 percent compared to four and a half years ago. The government-led rental subsidy program, supported by IOM and donors, has been instrumental in helping households transition.  For more information, view the full report.

Four and a half years after the earthquake that struck Haiti on the 12th January 2010, an estimated 103,565 internally displaced persons (IDPs), or 28,134 households, remain in 172 camps scattered throughout metropolitan Port-au-Prince and the Palms regions, in the West department. Since the height of the displacement crisis, when 1.5 million persons lived in makeshift camps, the IOM Displacement Tracking Matrix (DTM) has registered a decrease of 92 per cent in the total number of households and an 89 per cent decrease in the number of sites. In the last reporting period, between March and June 2014, rental subsidies accounted for the closure of 70 sites and the relocation of over 9,000 households. The rental subsidy approach is an assisted return program led by the Government of Haiti, in collaboration with IOM and other partners, which provides a one-year rental grant as well as tailored support to IDPs to help them leave the camps and resume a normal life. Thanks to return solutions, a significant decrease in forced evictions has been observed. Out of the 71 sites that closed during the last reporting period only one closed due to evictions caused by insecurity in the area due to gang presence.

Despite this positive trend, some sites remain under threat of eviction, because they are located on private land. Predominantly concentrated in urban areas of Port-au-Prince, the remaining camps provide little security for residents. IOM maintains eviction threat monitoring and rapid intervention assistance on an urgent basis to address these cases. “In a country that is subject to frequent climatic events and faced with structural development challenges, the displacement recovery efforts must take into account the cross-cutting issues of protection, environmental sustainability, as well as the socio-economic fabric of communities,” said IOM Haiti Chief of Mission Gregoire Goodstein. “IOM commends the Government of Haiti for the efforts and resources it has put towards closing the displacement chapter in Haiti. We are working closely with Government institutions and donors to identify durable solutions for the remaining IDPs,” added Goodstein.