As Drought Hammers Countryside, Many in Haiti go Hungry 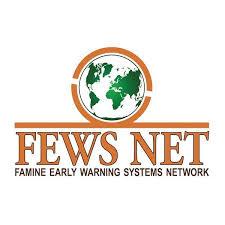 Only shriveled carrots and potatoes grow in Carole Joseph's small vegetable plot. The family's chickens are long gone. She sold her only tools to buy food, then the wooden bed she shared with her children. The family now sleeps on the floor of their shack. All that's left to sell are the pots she uses to cook over a fire pit, when there's something to eat. The 28-year-old mother of four is among roughly 1.5 million Haitians who can't get nearly enough nutrition because of a years-long drought that has spoiled harvests in her small mountain village and across large sections of the countryside. "We get a little bit to eat and drink each day, but it's never enough to get our strength back. I don't know what to do anymore," she said, her voice hoarse as she cradled her toddler twins, their hair brittle and taking on a yellowish tinge, a sign of malnutrition. For the last three years, a punishing drought has driven Haitians who were already barely getting by on marginal farmland even deeper into misery. Last year's crop yields were the worst in 35 years in a country where more than two-thirds of people eke out a living from agriculture, many using archaic hand tools.

Many Haitians routinely go to bed hungry, and are heartbreakingly accustomed to privation and natural disasters. But the cumulative impact of this drought is so severe that Haiti is facing "unprecedented food insecurity," according to the U.N. Office for the Coordination of Humanitarian Affairs. Over the last year, it's worsened significantly with a strong El Nino weather phenomenon that's been disrupting weather patterns across the globe, leaving many places in Latin America and the Caribbean stricken by drought. Cuba suffered its worst drought in over a century in 2015 and water rationing was ordered in Puerto Rico and elsewhere. But few places are more vulnerable than Haiti, where 3.6 million of its 10.4 million people can't afford the minimum daily calories, according to the U.N. World Food Program. Of those, 1.5 million are in urgent need of assistance, meaning they're getting significantly less nutrition than what they need and are so underfed they become weak. That category of "severely food insecure" people has doubled in Haiti over the last six months, the agency said. "This drought is a very dangerous situation. The pressures on people keep increasing," said Haitian economist Kesner Pharel, noting that buying food makes up more than half of an average Haitian family's budget.

Pharel said local agricultural production has contracted so severely over the last two years that 70 percent of the crops consumed in Haiti are now imported, up from roughly 50 percent in the past. As Haiti produces far less of the food it needs, the local currency is losing value and the cost of imports is rising, making everything pricier. Officials say more rural families are being forced to join the decades-long exodus to cities. And diminishing calories means more children are vulnerable to infections like measles and any number of other diseases. Wendy Bigham, country director of the U.N. World Food Program, said a growing number of farming families have been eating seed stock, seeking loans and selling items such as livestock and tools to get cash for food. But "coping mechanisms such as reducing food consumption, selling assets and borrowing money are more and more difficult to sustain as the drought continues year after year," she said. In the wind-swept mountain town of Oriani in southeast Haiti, Joseph knows this all too well. About a year ago, her husband left to seek work in the neighboring Dominican Republic and he hasn't returned since. She was forced to sell off her chickens and then her other meager possessions to buy food.

On a recent afternoon, Associated Press reporters met her at a town health clinic crowded with other women cradling children and waiting their turn to be seen. Her 2-year-old twins, Angelo and Angela, have missed developmental milestones such as taking their first steps or uttering their first words. On this day, she left with only deworming tablets because the facility was again out of nutrient-dense peanut butter. At her family's stone-and-timber shack, Joseph's two older children, 10-year-old daughter Junel and 12-year-old son Stevenson, sprawled listlessly on a straw mat as her hungry twins tried to breastfeed. Joseph is so underfed and dehydrated that she can't produce milk. "I only nurse them to comfort them," she said. To get emergency aid to people like Joseph and her children, the World Food Program is seeking $84 million in donations to distribute cash and food to roughly 1 million drought-affected Haitians. The U.S. has boosted its emergency aid to Haiti, awarding $11.6 million to nonprofits to address nutritional deficiencies for over 135,000 people. The challenges of getting emergency food aid to struggling communities, even those accessible only by foot or donkey, is easier than finding elusive solutions to Haiti's chronic hunger problems.

Abnel Desarmours, acting director of the government's National Coordination of Food Security Unit, said more sustained efforts must be made to escape the seemingly endless cycles of disaster and rescue. The recent rise in food insecurity underscores just how vulnerable many of Haiti's people remain despite decades of global aid. "It is very difficult, but we have to figure this out. Irrigation systems must be built or fixed and our food production has to be strengthened," he said. Haiti has long struggled with malnutrition as a result of widespread poverty, political dysfunction and corruption, and a fragile agricultural sector repeatedly set back by severe weather and environmental degradation. Recently, sustained rains from a cold front came to northern Haiti. But they came in the form of a deluge that flooded streets and inundated fields, doing little to help the current planting season. The crisis in the countryside has also reached the cities, causing the price of plantains and tomatoes to triple, according to vendors in the capital, Port-au-Prince. "The prices keep going up even as the crops get punier," vendor Junior Edraud said as he worked a bustling corner. "Something's got to give because the Haitian people can't keep going like this." Even if the rainfall during the spring rainy season is steady, farming families in Oriani and other towns will have to struggle to get by until the summer harvest. Last week, the U.N. weather agency said the ongoing El Nino has passed its peak, but its "humanitarian and economic impacts will continue for many months to come." For now, Joseph is doing what she can to feed her family two meager meals a day. "It's very hard because when they get up crying in the night I can't answer them," she said.