Below is an article by David McFadden (AP) concerning the 50,000 people who remain in camps seven years after the earthquake. Not everyone in the camps was/is is a victim of the earthquake.  Some were victims of abject poverty and the camps were better places to be than the slums where they were living.  Ninety six percent of those living in the camps left - either on their own or with assistance from a range of organizations.  Solutions remain elusive for those who remain.

To be fair, the Haitian government is trying to demonstrate the leadership that was absent from the 2010 earthquake response. It is setting priorities and specifying what interventions it will and will not accept from the international community. Still, the government is quite fragile and has limited capacity. Some priorities are being determined not based on the needs of the survivors as much as the needs of the government to show that it has changed. New York Times writer Azam Ahmedoct reflects on how the response to the earthquake is shaping the response to Hurricane Matthew below. 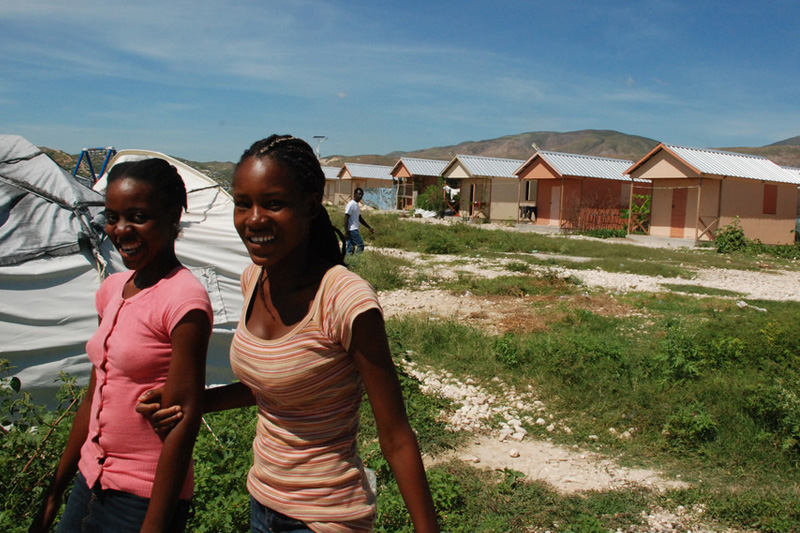 The Brookings Institution and the International Organization for Migration (IOM) recently released a report analyzing solutions for those who remain displaced in Port-au-Prince.  A key message is that solutions involve more than just closing camps.  Solutions happen over the long-term and require the participation of governments, humanitarians,  development agencies and the displaced.  The executive summary is below and you can read the full report here.

A lack of clarity concerning land tenure, limited enforcement of architectural standards, and haphazard urban planning made Port au Prince a city that was both difficult to manage and highly vulnerable to natural disasters.  The Haitian government has reached out to an architectural planning charity, the Prince's Foundation for the Built Environment, founded by Britain's Prince Charles, for assistance in reconstructing the historic center of Port au Prince.  The Reuters article below provides further details about this new partnership.

The RAND Corportation has produced a report that convincingly argues building the Haitian state should be central to reconstruction efforts.  This includes the development of skilled, trained, and properly organized government personnel and management systems within and across Ministries.  The report suggests that, at least through the medium term, the Haitian government should contract out health and education services, monitoring and regulating but providing no direct services itself.  It also notes the importance of developing the capacity and accountability of the Haitian National Police.  A summary is copied below and the full report is attached.

This week marked six months since the earthquake.  According to President Preval, it also marked the week that the emergency phase ended and reconstruction began.  Yet at the same time residents of the Corrail Cesselesse camp were struggling with the consequences of a rain storm that destroyed up to 300 tents and caused 1,700 to seek emergency shelter.  With the rainy season underway, the situation is precarious for the displaced.  Security, especially for women and children, is still a major concern.  Is this an emergency operation, a reconstruction effort, or both?