WFP Will Assist One Million Haitians Affected By Drought 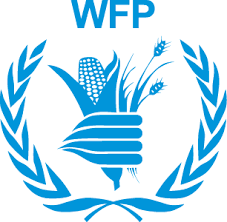 Shortly before WFP launched its appeal, there was an AP article about the concern of peanut farmers in Mirebalais about a planned shipment of 500 metric tons of American peanuts to Haiti.  While the peanuts are to be used for a good cause (school feeding programs), one wonders about the impact of one shipment after another of excess, subsidized agricultural commodities on Haitian agriculture.  Every shipment helps to meet short-term needs - but may increase the probability that Haitian farmers will never be able to produce sufficient peanuts and other key crops to meet domestic demand.  I have a lot of respect for WFP’s work.  No one else can do what they do on the scale they do it.  If their donors provided them total flexibility, WFP would no doubt undertake more local/regional purchase of agricultural commodities and increase cash assistance to meet the needs of vulnerable populations while also bolstering local economies.  Haiti did not become food insecure overnight.  Its vulnerabilities have been made worse by poorly thought out trade policies and food assistance programs.  The elimination of tariffs on imported rice during the Clinton Administration crushed domestic rice production in Haiti.  This is now news – former President Clinton himself acknowledges this as a mistake.  Some of the organizations claiming to improve food security in Haiti have actually made it worse.  A book well worth reading is "Travesty in Haiti: A True Account of Christian Missions, Orphanages, Fraud, Food Aid and Drug Trafficking" by Dr. Timothy Schwartz.  In the book, Schwartz describes being contracted by a non-governmental organization that said all the right things about empowering local communities but in reality was doing great harm through food assistance.  When local agriculture markets were strong, they would depress prices by flooding the markets with imported food commodities. When local agriculture markets were weak, they would not have imported food commodities to supply.

In 2009, I wrote a blog entitled “Don’t Send Food to Haiti".  I still see articles about organizations (usually schools and churches) packing up food and sending it to Haiti.  Their hearts are in the right place - they know hunger is a problem in Haiti and they want to help.  The problem is that their minds are not in the right place. The best way to help Haiti is to address the emergency needs while also supporting the slow and difficult work that could mean less emergency need in the future.  So please do make that contribution to  WFP.  It won't be wasted.  But do also support organizations involved in promoting agriculture. Click here to see agricultural projects that have been entered into Interaction’s Haiti Aid Map.  It also helps to purchase Haitian agricultural experts like Haiti and mangos. The full announcement from WFP follows.  If you have thoughts on food security in Haiti, please post in the comments section below.

The United Nations World Food Programme (WFP) announced today it will launch an emergency operation in Haiti to assist one million people devastated by three years of prolonged drought exacerbated by the El Niño weather phenomenon.  An estimated 3.6 million people – or one-third of Haiti's population – face food insecurity. This number includes more than 1.5 million who are severely food insecure and do not know where their next meal is coming from, according to an assessment by WFP and the National Coordination for Food Security.  “We must immediately help hungry Haitians. Drought and poverty should not force a child to go to bed hungry,” said WFP Executive Director Ertharin Cousin, ending a three-day visit to Haiti where she met communities hit by drought and El Niño.

The assessment found that the main 2015 spring harvest was below average, with almost three-quarters of farmers reporting they had lost more than 82 per cent of production. For the 2016 spring season, 65 per cent of families said they could not plant due to a lack of agricultural inputs. A scarcity of locally produced food has led to price hikes of up to 60 per cent.  “We can help save lives and livelihoods now. We must work with the government, local communities and other partners, on longer-term asset development and climate smart agriculture programmes,” Ms. Cousin said. “Poor Haitian farmers living in vulnerable places must have the capacity to endure future climate-related disasters. Working together we will begin building a future with zero hunger.”

WFP initially responded with food distributions in Haiti for a two-month period to 120,000 people. With the new emergency operation this week, WFP said it will assist one million people as Haiti enters the lean season from March to June when food stocks from the previous year run out.  Some 700,000 people in Haiti will receive cash transfers, which will provide the poorest and most vulnerable with the ability to purchase food while at the same time strengthening local economies. Another 300,000 people will be given a mix of cash transfers and food.  In a second phase, 200,000 people will receive food to work on watershed management and soil conservation projects, creating assets to help communities to plant small vegetable gardens. WFP plans to assist pregnant and breastfeeding women and young children with a specialized blended cereal fortified with vitamins and minerals to prevent malnutrition.  While addressing the drought, WFP said it also aims to maintain the level of assistance to a school meals programme that today represents the country's largest food-based safety net. The agency's school meals support government efforts to establish a Haitian-owned programme by 2030.

In coordination with the National School Meals Programme, WFP underlined that it will deliver daily hot meals to 485,000 schoolchildren in over 1,700 schools in nine of Haiti's 10 departments until the end of April. Unless new donations are received, the programme will only reach 320,000 children as of May.  However, WFP warned it cannot perform any of this work in Haiti without additional contributions and needs $72 million for its drought-relief emergency operation from April to September, as well as $7 million to maintain the level of school meals until the end of the next school year.  The agency indicated that it is grateful so far for a confirmed contribution to the new Haiti emergency operation from the European Commission and a pledged contribution from the United States.