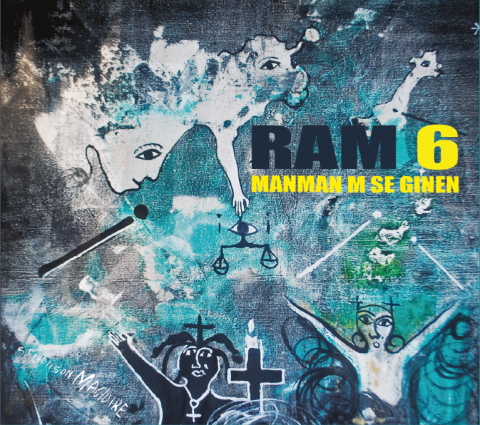 ARI SHAPIRO, HOST: That's the sound of rara, Haitian street music that goes back to the country's early days as the first independent nation in the Caribbean. Here, it's interpreted by one of Haiti's veteran bands called Ram. Banning Eyre says their sixth album just out is their best work to date.

BANNING EYRE, BYLINE: Ram formed in 1990 after bandleader Richard Morse took a break from his bohemian New York City life to visit the homeland of his mother, a famous Haitian folk singer. Morse fell in love with the place, the music and his future wife, Lunise, who also sings with him in Ram.

EYRE: This song, "Ogou O," praises spirits of war. Like a lot of the music Ram adapts, the song has roots in the voodoo religion where music plays a crucial role in spiritual practices.

EYRE: When Haiti won its revolution back in 1804, the majority of its citizens had been born in Africa. That's one reason so much diverse African culture has survived there. Ram draws on those traditions but also takes liberties with Haitian music, treating it as the living, morphing thing it's always been. A couple of tracks here work in African-style guitar.

EYRE: There's a political side to Ram's story. They've run afoul of a few Haitian regimes, and Richard Morse served as an early advisor to his cousin, former president and fellow musician Michel Marthelly. Today, he's all about music again, and that's a good thing. For all its deep mysteries, this album is great fun start to finish - soul food for a troubled land.