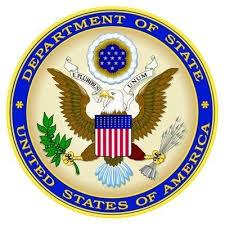 The Government of Haiti does not fully meet the minimum standards for the elimination of trafficking; however, it is making significant efforts to do so. The government made key achievements during the reporting period; therefore, Haiti was upgraded to Tier 2 Watch List. These achievements included strengthening partnerships between the government’s interministerial anti-trafficking commission (TIP Commission) and international organizations; increasing investigations and prosecutions, and obtaining the first three convictions under the 2014 anti-trafficking law; creating a post-Hurricane Matthew emergency working group to address human trafficking, providing training to government officials in the three most affected departments, and opening a temporary national 24-hour hotline for trafficking victims; and committing resources for the work of the TIP Commission. Despite these achievements, Haiti’s cabinet ministers and key government ministries did not prioritize anti-trafficking efforts in Haiti; and the justice system lagged behind in prosecuting cases, which impaired efforts to prosecute traffickers and protect victims

The government increased anti-trafficking law enforcement efforts and secured its first three trafficking convictions during the reporting period. The 2014 anti-trafficking law (No. CL/2014- 0010) prohibits all forms of human trafficking by criminalizing sex trafficking, forced labor, and the intentional retention of identity documents or passports for the purpose of committing trafficking-related offenses. The law criminalizes those who knowingly obtain the sexual services of a trafficking victim.

The law applies to trafficking offenses committed both within and outside of Haiti. The law prescribes penalties of seven to 15 years imprisonment and a fine ranging from 200,000 to 1.5 million gourdes ($3,009 to $22,570), which is sufficiently stringent and commensurate with those prescribed for other serious crimes, such as rape. It provides for increased penalties of up to life imprisonment for human trafficking committed with aggravating circumstances, such as if the victim is a child or the trafficker is a public official.

During the reporting period, the government investigated six potential new trafficking cases, initiated three new prosecutions involving 11 defendants, including a government official, and obtained three trafficking convictions, including that of a former government official. In the previous reporting period, the government reported four new investigations, two prosecutions, and no convictions. Sentences ranged from five to seven years imprisonment and fines of 82,150 to 1.2 million gourdes ($1,236 to $18,056). The government provided 946 members of the Haitian national police with three hours of human trafficking and smuggling training. However, NGOs reported government personnel in some provinces lacked training on the anti-trafficking law and its implementation, resulting in lesser charges and informal arrangements to dispose of cases.

The government cooperated with officials in The Bahamas and Chile to facilitate victim protection and prosecution of two trafficking cases involving Haitian nationals.            ,

One government ministry estimated it identified “hundreds” of child domestic servants in situations with trafficking indicators, but these estimates could not be correlated with existing investigations or prosecutions. The 2014 anti-trafficking law tasked the TIP Commission to develop standard operating procedures to guide officials in the identification and rehabilitation of trafficking victims; required the government to provide protection, medical, and psycho-social services to victims; and created a governmentregulated fund to assist victims. The government worked with an international organization during the reporting period to draft standard operating procedures for victim identification and referral; however, it had not finalized and implemented these procedures.

The government did not dedicate funding for victim assistance or provide any specialized services for adult or foreign victims. Government officials referred child trafficking victims to its social welfare agency, which did not have funding for their care. Instead, the agency referred child victims to government-registered residential care centers that, due to a lack of resources, provided short-term medical and counseling services, family tracing, pre-return assessments, and some support for the families receiving these victims.

The ministries of labor and social welfare lacked staff and resources to inspect worksites for indicators of forced labor. The government did not have a formal program to assist victims who returned to Haiti, but did refer victims to international and non-governmental organizations. Authorities worked closely with the U.S. Coast Guard to receive Haitian migrants who have attempted to leave by boat in an effort to reach The Bahamas or the United States, to screen unaccompanied children and to facilitate their re-integration with family members. The law provides temporary residency during legal proceedings for foreign victims of human trafficking, as well as access to legal counsel, interpretation services, and permanent residency in Haiti if the victim so chooses; however, the government has not provided these services and would be unlikely to have the financial resources to implement them. The law also protects victims from liability for crimes committed while being trafficked, but there was no information regarding whether this provision was used.

The government slightly increased efforts to prevent trafficking. The Haitian president committed a small amount of resources ($140,000) for anti-trafficking efforts; however, the resources were not used for assistance to trafficking victims. International donors continued to provide the majority of funding. Donors assisted the government in making progress in the areas of prosecution, protection, and public awareness; however, coordination among donors and the government remained weak. The 2015-2017 national action plan remained in place; however, the TIP Commission no longer regarded it as a guiding document.

In early 2017, the TIP Commission engaged an international donor to assist in developing a new national action plan for 2017-2022. The TIP Commission established a post-Hurricane Matthew emergency working group to address human trafficking, trained government officials in the three most affected departments, and launched a temporary national 24-hour hotline for trafficking victims accompanied by an awareness campaign. The government also launched a campaign via television and radio called “I am better with my family” to curb the practice of child domestic servitude and encourage parents to keep their children at home. The government managed a social services hotline and received an estimated 50 calls related to children in domestic servitude; but this data could not be verified.

Since the Government of the Dominican Republic’s June 2015 deadline for registration of migrant workers in that country, the Haitian government coordinated efforts with international organizations and NGOs to receive Haitian expellees. However, the continued dysfunction of the Haitian civil registry system and weak consular capacity to provide identification documentation left many Haitians at risk of remaining undocumented in the Dominican Republic and subject to deportation—recognized risk factors for vulnerability to trafficking. The government issued regulations requiring adults with a Haitian passport to have written government authorization to cross the border with any child to prevent child trafficking; however, reports indicated many adults with children crossed with foreign passports to avoid this requirement. Haiti does not have effective laws or policies to regulate foreign labor recruiters or prevent fraudulent recruiting. The 2014 anti-trafficking law includes sanctions for individuals who knowingly procure commercial sex acts from trafficking victims, but authorities had not prosecuted anyone for this crime. The government did not provide anti-trafficking training for its diplomatic personnel.

As reported over the past five years, Haiti is a source, transit, and destination country for men, women, and children subjected to forced labor and sex trafficking. Most of Haiti’s trafficking cases involve children in domestic servitude who often are physically abused, receive no payment for services rendered, and have significantly lower school enrollment rates. A December 2015 joint government and international organization report on children in domestic servitude found one in four children do not live with their biological parents and estimated 286,000 children under age 15 work in domestic servitude. The report recommended the government put measures in place to prevent exploitation, including domestic servitude; protect at-risk children and victims of neglect, abuse, violence, or exploitation, including sex trafficking and forced labor; and draft and enact a child protection law. A May 2015 UN report documented members of its peacekeeping mission in Haiti sexually exploited more than 225 Haitian women in exchange for food, medication, and household items between 2008 and 2014. A significant number of children flee employers’ homes or abusive families and become street children. Female foreign nationals, particularly citizens of the Dominican Republic and Venezuela, are particularly vulnerable to sex trafficking and forced labor in Haiti. Other vulnerable populations include children in private and NGO-sponsored residential care centers; Haitian children working in construction, agriculture, fisheries, domestic work, and street vending in Haiti and the Dominican Republic; internally displaced persons including those displaced by Hurricane Matthew and the 2010 earthquake; members of female-headed, single-parent families, and families with many children; Haitians living near the border with the Dominican Republic; Haitian migrants, including those returning from the Dominican Republic, Brazil, Mexico, the United States, or The Bahamas; and LGBTI youth often left homeless and stigmatized by their families and society. Haitian adults and children are vulnerable to fraudulent labor recruitment and are subject to forced labor, primarily in the Dominican Republic, other Caribbean countries, South America, and the United States.