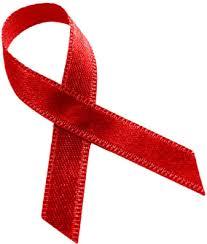 The Haitian Ministry of Health and its partners have launched a new HIV/AIDS campaign focused on raising awareness, rapid testing, and treatment.  With the support of the President’s Emergency Plan for AIDS Relief (PEPFAR), the Global Fund for HIV/AIDS, TB, and Malaria and other donors, Haitians can be tested and treated for free.  Stigma and discrimination, especially against women and members of the LGBT community, remain challenges.  Courtesy of AFP, more information about the campaign follows.

Haiti's Ministry of Health and the United Nations launched a new anti-HIV/AIDS campaign, providing information and rapid testing to help thwart the spread of the epidemic.  "If a person does not protect him or herself, it's because of a lack of information," Valerie Toureau, a doctor with the UNAIDS organization, said on Friday. More than 100 people got tested at a center installed in downtown Port-au-Prince, and condoms were also distributed. "As for testing and treatment, support for this is free, something that people need to know," Toureau said.

The initiative coincides with an annual day of HIV testing across the Caribbean. Some 150,000 Haitians are HIV-positive, a number that represents 55 percent of all HIV cases across the Caribbean. "In the most remote, rural areas of the country, we see that the population is not sufficiently informed about the disease and there are also a lot of myths surrounding HIV in Haiti," Toureau said. Some prostitutes, for example, refuse to use protection if having sex in the ocean, under the false belief that salt water kills germs and disease. HIV has a 2.2 percent prevalence across Haiti, a figure that increases to 8.4 percent among sex workers and 18.5 percent among gay men. Homosexuality, while not considered a criminal act in Haiti, remains taboo, presenting a major barrier to screening. "Stigma and discrimination exists and there is a lot of work to do," Toureau said. Despite recent advances, 7,500 HIV-positive people die each year in Haiti.