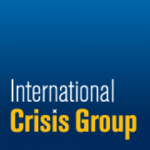 The International Crisis Group's (ICG) latest report "Governing Haiti: Time for National Consensus" examines the Haitian government's efforts to convince its own people, donors and potential investors that progress and stability are achievable.  The report emphasizes the need for good governance, consensus building among the elites, effectively implemented poverty reduction strategies and strengthened rule of law. Getting there will require a shift from highly confrontational politics to one of compromise and consensus. The executive summary is below and you can read the full report on the ICG website.

Haiti is in a race against time to convince its own people, donors and potential investors that progress and stability are achievable. Continued delay in holding free and fair elections may well pose the greatest immediate challenge, but President Michel Martelly, already struggling to govern the broken and divided nation for one and a half years, lacks the stable political base (also denied to his predecessors) to obtain buy-in to his proposed Five-E development strategy: employment, état de droit (rule of law), education, environment and energy. To finally start the long-promised transformation, he should build on the tenuous Christmas Eve 2012 agreement for a credible electoral body to hold much delayed Senate, municipal and local polls quickly. He also should bring key actors into a national dialogue on selecting the Constitutional Council and resolving credibility questions about the appointment of the president of the Supreme Court and the Superior Judicial Council, as well as on pursuing other critical short- and longer-term public policies.

Ending the elections imbroglio is essential but insufficient. Follow-on reforms are required to avoid political paralysis during Martelly’s term. The long and difficult path to the recently concluded constitutional amendment process and still inconclusive debate over formation of the Permanent Electoral Council (CEP) are testament to the deficit of confidence and absence of political consensus. Haiti needs a national accord to manage reconstruction and development, particularly as it enters a difficult electoral period, whose calendar is still unknown. Many sectors espouse national dialogue rhetorically but do not pursue it seriously. The intensifying debate around organisation of Senate, municipal and local elections in 2013, however, may offer an opportunity to pursue a governance accord that could finally mobilise domestic forces and better secure donor support for the transformation that has been touted ever since the 2010 earthquake. After several failed efforts to reach domestic agreement on basic issues, even strong donor supporters are becoming frustrated by the lack of leadership, governance and accountability.

Decades of government inaction, growing frustration and decreasing citizen tolerance leave little margin for error. The Haitian brand of politics in effect virtually excludes the majority of citizens, and it is becoming increasingly difficult for any administration to govern effectively. The electoral calendar laid down in the constitution is never respected, so the terms of elected officials expire without replacement, giving rise to institutional instability. Elections are largely a contest between political and economic elites, as a myriad of parties give voice to few, fail to mobilize the electorate and fragment parliament. Voter participation has been falling since 2006, along with public confidence. Zero-sum politics is not the answer to the country’s fragile security and stability. Rather, consensus is required on priorities and the strategy for achieving them. It is increasingly evident that functional governance is unlikely until and unless the business community, religious, professional and political leaderships can reach an accord.

Otherwise Haiti faces increasing internal unrest. The Latin American region offers useful experience about how to build sustainable, effective agreements that can progressively be translated into concrete and sustainable policies. The National “Concertación por la Democracia” in Chile, the Agreement for Justice and Security in Guatemala, the “Acuerdo Nacional” in Peru and, most recently, the “Pact for Mexico” are examples of how to identify shared priorities and extract commitments from po litical parties and civil society. They demonstrate that the initial dialogue must be inclusive, if there is to be effective decision-making and efficient implementation.

The challenges facing Haiti are not difficult to divine. In essence they focus on a need for good governance, consensus-building among the elites, poverty reduction strategies effectively implemented and strengthened rule of law. Sadly, these challenges have never been confronted effectively. Haiti today presents little cause for optimism. For every instance of progress on any of these fronts, there are multiple instances of regression or, at best, stasis. What has changed, though, are the recent signs of a genuine demand for an end to that stalemate from donors who are also showing strong signs of fatigue. If Haiti is to pull through, the better angels in the natures of its leaders are going to have to prevail for once and prevail soon. This is a thin reed on which to float the country’s future; but it might be all it has. Without a national pact, President Martelly unfortunately faces the spectre of a failed presidency, and Haiti risks international abandonment.

Recommendations to achieve and implement a national pact that can transform Haiti’s political culture.

1. Pursue public dialogue and consensus building and renounce confrontational tactics as the means for resolving conflicts, including by adopting the necessary compromises so that institutions can function effectively and by rejecting spoilers.

2. Use the elections as a starting point by agreeing on the terms for a free, fair, transparent and therefore credible electoral process in a pact accepted by all parties, the president, prime minister, legislature and supervising electoral body.

3. Identify a trusted national institution or mechanism, like the ecumenical Religions for Peace group, to provide, with international partnering, guidelines on the rules for a comprehensive dialogue process and for building up efficient mechanisms to implement its conclusions; and to monitor and encourage compliance with commitments.

4. Build an agenda for the national dialogue that focuses also on significant longerterm policies, including the government’s Five-E development strategy (employment, état de droit (rule of law), education, environment and energy), along with adequate auditing for transparency in execution.

To lower political tensions between the executive and legislative branches

5. Demonstrate respect for the constitution by refraining from acts such as direct appointments to public posts that it requires be elected; and reverse any appointments that conflict with that requirement.

6. Adopt initiatives to firm up parliamentary groups into stable blocs built around policies rather than narrow individual interests.

To the international community:

7. Commit to support Haitian-led implementation of a national accord to address development and governance challenges on condition that it is based on and implemented via political dialogue, compromise and consensus.