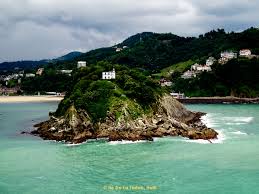 Below is an article by David McFadden (Associated Press) concerning the planned development of a port on the Ile de la Tortue north of Port de Paix.  The island, poorer than most other parts of Haiti, would certainly benefit from the jobs that could potentially come with the port.  The main livelihood opportunities at present involve drug smuggling and construction of boats for fishing and/or smuggling.  This, along with international flights, opens up new possibilities for tourism in northern Haiti.

A major Florida-based cruise line has signed a letter of intent to develop a new port on an isolated Haitian barrier island that has long been a major launching spot for smugglers, authorities said Monday.  Carnival Corp., the parent company of Carnival Cruise Lines, said it signed a memorandum of understanding last week with the Haitian government for a cruise port on Ile de la Tortue off Haiti's north coast.  In a statement emailed Monday, Carnival said the development would create a "tremendous economic impact" for Haitians while also carving out a new spot for ship itineraries in the Caribbean, the globe's No. 1 cruise destination. "The development will create an exciting opportunity for our guests to enjoy a new, secluded and stunning destination," said David Candib, a vice president for Miami-based Carnival. In a recent tweet, Haitian Prime Minister Laurent Lamothe said the initial investment on Ile de la Tortue will be $70 million.

Because of its remoteness, the mountainous island has long been a center for smugglers to organize dangerous sea journeys for poor migrants seeking a better life in the United States and elsewhere in the Caribbean. Ile de la Tortue, also known as Tortuga Island, is 11 miles (19 kilometers) across cobalt waters from hardscrabble Baie des Moustiques.  The cactus-studded area's poverty stands out even in Haiti. Ile de la Tortue, where the shores are lined with wooden boats of smugglers and subsistence fishermen, has some of the poorest people in the hemisphere's most impoverished country.  In February, Lamothe said officials had begun a program to improve opportunities, in part by paving the way for seven restaurants and by creating 1,000 jobs through a sanitation program. Farmers received free seeds and the national police force was to send some 30 officers to crack down on illegal migration.

Carnival said the company's new port would "directly or indirectly" employ more than 900 people. The development would compete with Royal Caribbean's fenced-in Labadee cruise port and beach attraction, also on Haiti's north coast. A local government representative on Ile de la Tortue said residents were excited by the prospect of foreign investment. "A tourist port will bring work to La Tortue," Sagesse Loriston Fils said in a phone interview. "But they need to come and talk to the community, get the community involved."  Not everyone is convinced a new cruise port would be a good deal for Haiti. Jim Walker, a Miami maritime attorney and author of a blog called www.cruiselaw.com , said in an email that his concern is that Carnival will be "sailing back with all of the profits to Miami."  Trade groups say the cruise ship industry injects about $2 billion a year into the economies of the Caribbean. But critics complain it actually produces little local revenue because the cruise companies and international chain shops on piers siphon away most of the spending. Earlier this year, Lamothe announced ambitious plans to transform the southern outlying island of Ile-a-Vache into a high-end resort with condos, spas and its own international airport. The $260 million project being built with a combination of foreign aid and private investment is scheduled to be completed in two years.